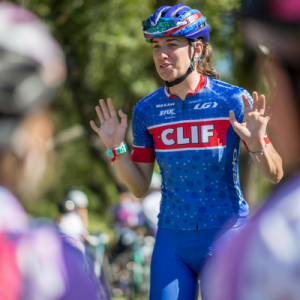 This is what her mountain bike career has looked like.   She competed in her first World Championships in 2001 as a junior in Vail, CO.  Although she had great success with a 7th place, ski racing still remained her focus and she raced for Middlebury College throughout her college years.  It wasn’t until 2002, when she tore her ACL, that her focus shifted to mountain bike racing.

After graduating college, Lea joined the Trek Vokswagen Pro Factory Team which she raced on from 2006-2008 with teammates Chris Eatough, Sue Haywood, and Jeremiah Bishop.  In 2008, Davison was 1st at the 2008 Sea Otter Classic in Monterey, California for Pro Short Track.