B Project: In Search of Challenge and Adventure

We’ve all tried something new at some point. When I was seven, I tried mountain biking at Little Bellas. For years, I enjoyed the fun-loving, supportive environment of Little Bellas, just as many girls across the country now do. But, as the program ages, so do the girls. Here in Vermont, there is a community of teenage girls who have been involved with Little Bellas for many years, some for as long as the program has existed. Like some of these other girls, I began to want something even more challenging and adventurous. We’ve found that in B Project. B Project meets those criteria well, providing challenge and adventure while still encompassing the good-vibes attitude of Little Bellas.

There is no ‘average day’ at B Project. B Project involves lots of “let’s go try this new thing!”. Within the first few weeks of B Project, we tried something completely new to all of the 7 girls in the group: biathlon. We did it with bikes instead of skis. Before that day, I had never even held a gun, but doing biathlon, I discovered how fun and tricky it is! Trying to hit a tiny target over 100 feet away while your heart is pounding and you’re trying to control your breath enough to pull the trigger is incredibly challenging. But everyone was in the same boat, laughing as we did our ‘penalty burpees’, 2 for every missed shot. We enjoyed it so much that B Project returned at the end of the summer to do it again, and had even more fun, if that’s possible.

Another day with exposure to a brand new sport was when we rock climbed. We bouldered, a kind of rock climbing low to the ground and without ropes. It seemed pretty simple at first, but it was quite the challenge, both physically and mentally. It requires strength in the upper body, core, and legs, often all at once. With each attempt at the boulders, we figured out what lines up the rock would and wouldn’t work. Although we went one at a time, teamwork was a big component. We learned from each other where the best holds were; it’s easier to see one when you’re not already on the rock. We all knew the tricky sections and encouraged each other to work our way through them. Our day of bouldering was a new way of exploring the outdoors. It was great to just dive into something new, without hesitation, in a supportive environment.

As well as active pursuits, B Project worked on our wilderness skills and trail stewardship. As people exploring the outdoors, we need to know how to take care of ourselves and it. Out in the woods, we learned how to build fire and shelter. We also used trail maps, blazes, and contour lines to find our way around the Mansfield trails. We helped a local trail association to build new trails by clearing out logs and large debris. I really liked that because we sometimes take for granted the trails we ride on, and that was a way of giving back to the cycling community. It was also cool to see the trail building process, how forest floor gets transformed into singletrack.

Of course, B Project spent tons of time on two tires, too. On our first day, we rode the trails at Catamount, where the Little Bellas Sunday program and camps happen. The rest of the sessions were spent riding at other trail networks in Chittenden County and beyond. We also spent time riding on dirt roads and class 4 roads. Although a familiar activity, we were still challenged on bikes. Whether it was the length of the ride, the technicality of the terrain, or the height of the hill, there was something to work on every time. We worked to challenge ourselves, but the vibes at B Project are light, fun, and encouraging.

There are a few rides we did that are extra memorable. One of those rides took place at Craftsbury Outdoor Center in the Northeast Kingdom of Vermont - at 11 p.m. We attached lights to our mountain bikes and set off to ride. We chose a trail from the map, but figured out a little late that this particular trail wasn’t maintained during the summer. After mucking our way through a swamp, we decided to turn around. We were wet and muddy and some of the lights were running out of battery, but we had so much fun. Battling the elements was a key part of B Project, and we made it a good one.

All of our activities culminated in our final goal. That was the Race to the Top of Vermont, a bike race that’s only 4.3 miles long, but the finish line is at the top of Mount Mansfield. At the first B Project session, we were told about this goal, and I think all of us were a little (or a lot) intimidated. However, as summer went on and we challenged ourselves more and more, the goal seemed more reachable. We had all become more comfortable with challenge, because we experienced it in small doses that added up. On the day of the race, there were a few nerves and a lot of excitement. The climb looming before us was big, but we were strong, prepared, and determined. Each of us made it to the top on a bike, but that wasn’t the only thing supporting us. Our mentors, each other, our parents, encouragement from spectators, and a few snacks fueled the climb up Mount Mansfield.

B Project was a summer of exploration and adventure. It gave us the opportunity to escape the easy and dive into challenges. It’s gritty and new and everything we need it to be. As we become teenagers, the meaning of ‘fun’ changes. As young women, we need to challenge ourselves. We need to find things to be passionate about and work for. We need to try new things and stick with the old ones. We need to find the best versions of ourselves. B Project recognizes all of that. Looking forward, I have confidence in both B Project and all of the Little Bellas who will grow to be a part of this amazing program. I can only hope they’ll enjoy it as much as I have and will. 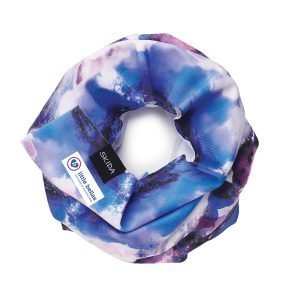